In days long gone the River Bray was forded at a small settlement and thus the village name was formed as Bray-Ford, and is still pronounced that way to this day. The ford became a part of a well-established pack horse route and drover’s trail from Porlock to Barnstaple. By the mid 17th century, Brayford was on the most important highway across Exmoor, from Dunster via Exford, Simonsbath and Kensford Cross (Kinsford Gate) to Barnstaple. The ford was replaced by a bridge, widened in the 1920s, and now thousands of visitors pass over this on their way to enjoy the sights of Exmoor.
North Devon Council have an excellent mapping facility on their website, the (enlargeable) image shown here identifies the Parish of Brayford within North Devon, click the link for the interactive map provided by ND Council. Interactive Map of North Devon 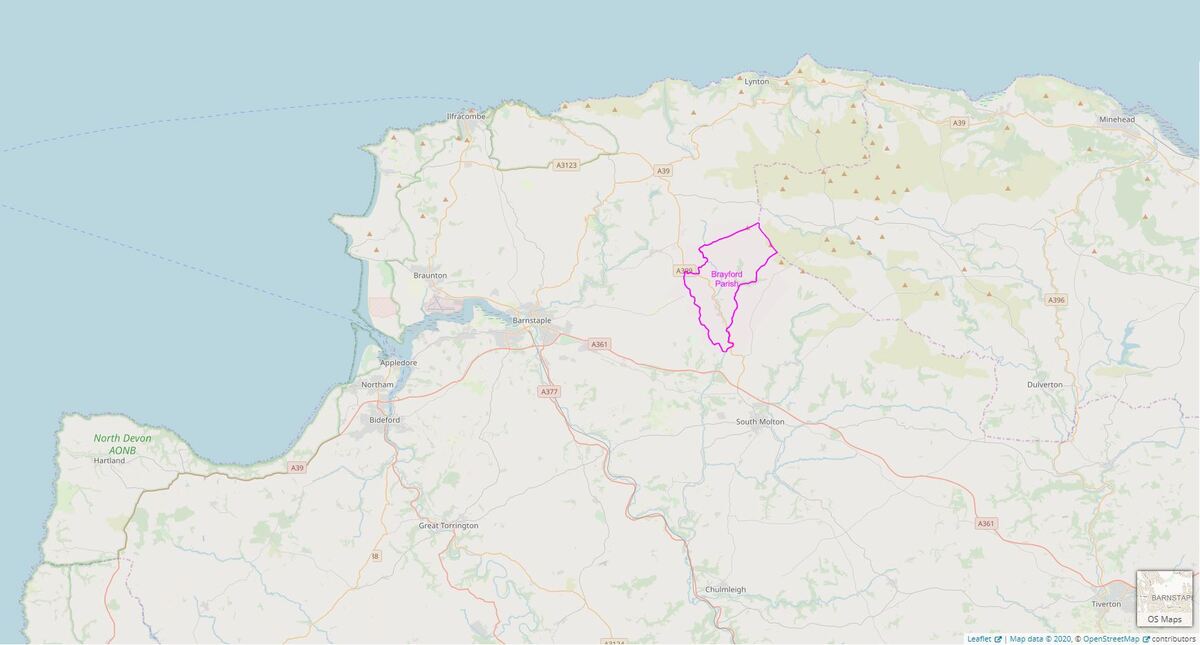 Below we have a timeline of key events in the history of Brayford village. If anyone feels there are any events of note which are not here, or have any photos to add to those listed, please contact the site administrator.

Charles is thought to derive from the Old Cornish words carn lies (or lis, or les) meaning a rocky court or palace. This evolved to Carmes, Charnes and Charles – there are references to all 3 names in the 13th century. There is now no trace of a Celtic palace.